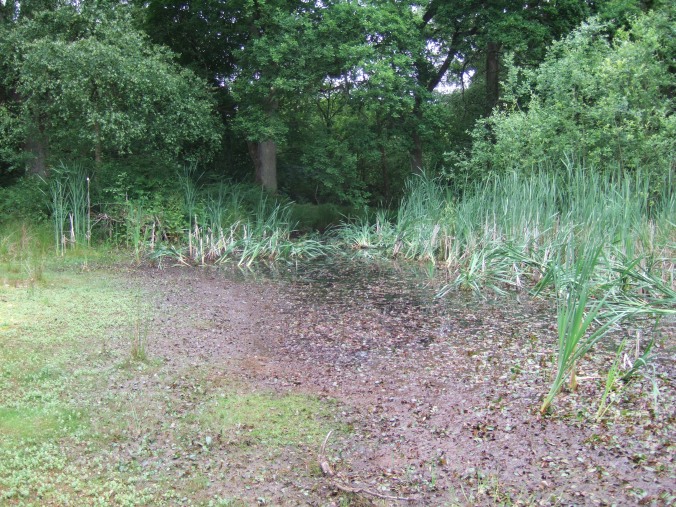 While pond thrashing on my work experience, Matt and I needed to thrash this woodland based pond. The first step in thrashing any pond is to locate the different habitats within the pond that might contain different organisms. After a quick search of this pond we found that there were three potential habitats. On the far left there is an open bank, where water from the pond has retreated after a particularly hot spring. There are spongy water mosses covering this bank and, out of shot, waterside plants mark where the pond used to be. On the far right side, there are large groups of bulrushes and other sedge plants. These rushes could easily provide cover for a number of invertebrates, including boatmen nymphs or mayfly larvae. These bulrushes also conceal a young willow sapling. Willow is known for destroying ponds, as the leaves it drops cause the pond to acidify and dry out. As this tree grows, this pond will likely become only a hole in the ground. At back, there is a more covered area, with several trees overhanging it. Much more leaf litter sits on the surface here, than in the other sections, and you can see gases bubbling to the surface, from the decomposition of the plant matter below. This habitat is often highly specialised, since the large amounts of decomposition, can often mean there is less oxygen in the water than most invertebrates can survive. Rat-Tail Maggots and other low oxygen creatures may live in this water, and so it is important to check this area meticulously. 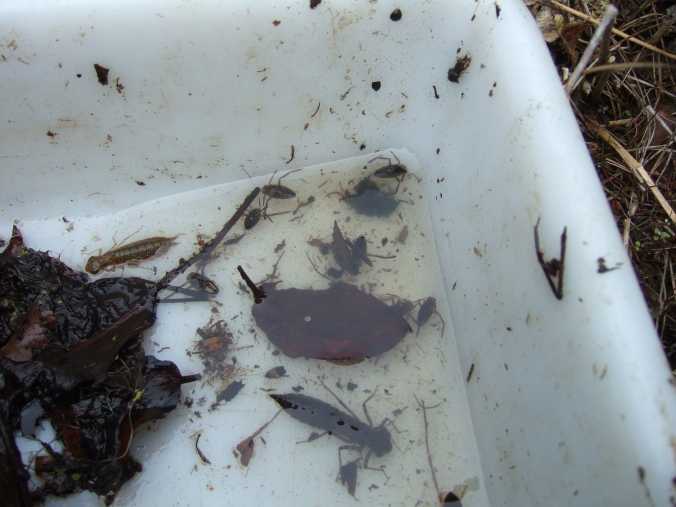 After thrashing the pond for about 45 minutes, we collect a number of species, including boatmen larvae, mayfly larvae, bloodworms, leeches, several species of water beetle, caddisfly shells and pond snails. Notably we also found several types of dragonfly nymph and a diving spider. These finds indicated a productive but not very diverse pond, since it had ample amount of 1st trophic level invertebrates and top predators like hawker dragonflies.