For many years now, my school has maintained three small colonies of bees, kept in an apiary within the orchards where the hive’s residents can collect pollen and nectar from the surrounding Hawthorn, Apple and Lime trees. Recently, I have been lucky enough to have been offered a chance to conduct a survey with these small creatures, by the leader of the hive, and a bee enthusiast, Dr Kevin Rogers. He is interested in where the bees he is taking care of collect their pollen from, and what kind of pollen they prefer to use.

We plan to take a small sample of pollen from one of the hives in the apiary, once a week for the next few months. Once we have done this, we intend to identify the different pollens through a microscope and using a map of the surrounding area and its forage, to determine the preferred area that the bees like to gather from. We’ll be collecting the pollen using this plastic pollen trap, pictured below, after we have made some slight alterations to the brood box entrance that force all of the bees to head through the collector. As the bees pass through the small holes, some of the pollen they are carrying scrapes off the pollen baskets on their legs, and falls into the box below, ready to be collected.  We are using the most healthy colony for our survey, since they have producing a large surplus of pollen and won’t be affected by losing a small amount. 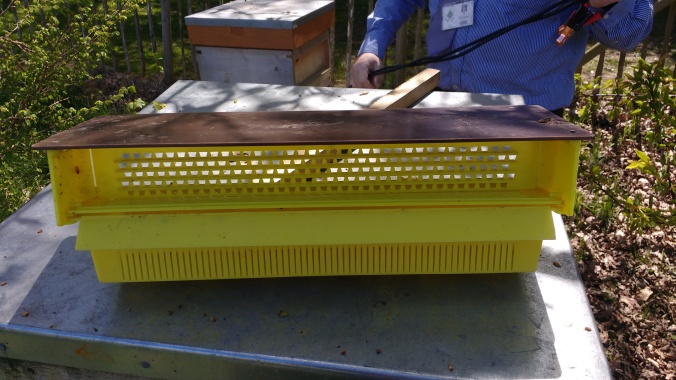 These bees started out as Buckfast bees, a special hybrid species produced in Buckfast Abbey, which are prized for their low aggression, prolific egg laying and tendency to avoid swarming. However, these bees are now mongrels of Croydon, with no distinct pedigree species, combining the Buckfast genetics with those of bees from the area. One of the colony’s species is unknown, since they arrived as a swarm in the orchard surrounding the apiary, after their queen died in their previous hive. Once the alterations have been made, we can begin to collect the pollen, and I look forward to starting the project some time next week. 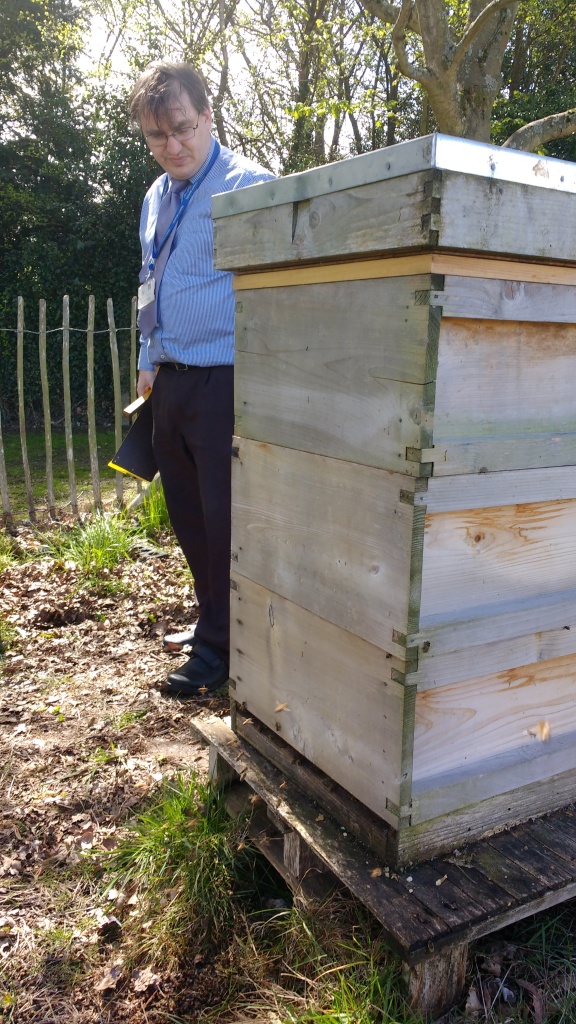 I recently took part in the British Biology Olympiad, a two hour multiple choice exam for those in the country who are extremely interested in Biology, or fancy themselves a bit of a genius. While I make no claims to being in any way a genius, I do quite like Biology, so I made an attempt in the 2016 event. It was an incredibly difficult paper, and I felt good whenever I understood a question, let alone answered in correctly. There was a wide range of areas, testing all facets of biological knowledge, most of which I have never heard of, and so I am still proud to say I achieved the grade of Highly Commended, slightly below actually doing well in the paper. To those off you who came at the top of the country, and will be heading of to Vietnam for the International Biology Olympiad, I am amazed that you could possibly comprehend all of that knowledge. Good luck, and do Britain proud. I look forward to next years event. With some practise I hope to get a Bronze or Silver award.