While going pond thrashing for my work experience with Matt, the third pond Matt and I needed to thrash was a large, open pond complex in the middle of what used to be an airfield. The area had been allowed to become overgrown and turned into a nature reserve, and the pond we were thrashing had used to be a gravel pit where a large tanker had once sat. We inspected the pond for potential habitats, which we would thrash to find the invertebrates in the pond. We found that the pond was filled with a pond weed called Crassula Helmsii, or New Zealand Pygmyweed, which is a highly invasive species that has taken over many ponds in Britain and killed of other pond flora. The far bank there is a large area of open water, free from pond weeds, and home to many of the smaller water beetles within the pond. It was easy to thrash this area of the pond, since it wasn’t strangled by Pygmyweed, and by stirring up the mud and slit beneath the surface of the water, we easily brought up a number of beetles.

On the far left there was an area that became shallow and clogged with mud, that made it difficult to thrash, and contained various tiny larvae, such as fly and mosquito young and bloodworms. Due to the difficulties we faced with the shallow mud in this pond, we used a different method to survey this habitat. This involved creating holes in the mud with our feet, so that water would flow into them, and we could use a fine sieve to pick out and organisms hiding amongst the dirt. Beyond the muddy section, just out of shot of the camera, was an area filled with Crassula, creating a swampy habitat, that many invertebrates such as boatmen larvae and backswimmers could live in, hiding under the cover of the weeds. This meant that we needed to search this area thoroughly until we could find no new species. 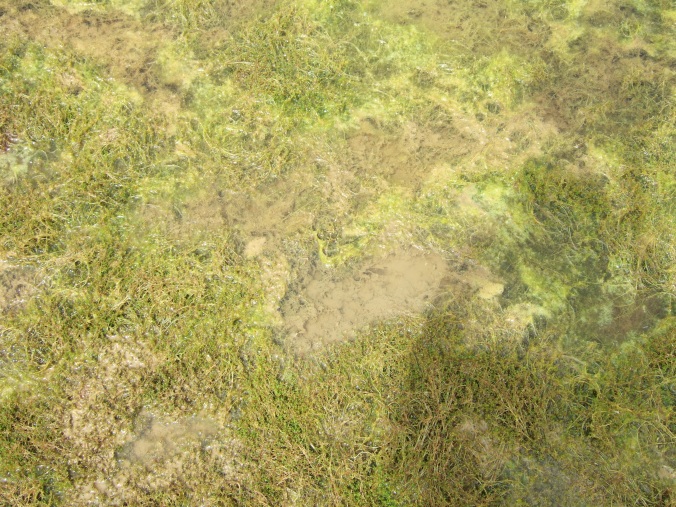 Following thrashing the pond for nearly and hour, Matt and I had found water boatmen and their larvae, emperor dragonfly larvae, mayfly larvae, damselfly larvae, the shells of caddisly larvae, mosquito larvae, bloodworms, various water beetles, pond skaters and small pond snails. Interestingly, on the bank of the pond, we found evidence of solitary bee nests in the soft, red earth, although it was to windy for them to come out. Overall, this pond could be considered productive and diverse, with a great number of small water beetles and different larvae, although the presence of New Zealand Pygmyweed likely removed some of the diversity in the flora of this pond.