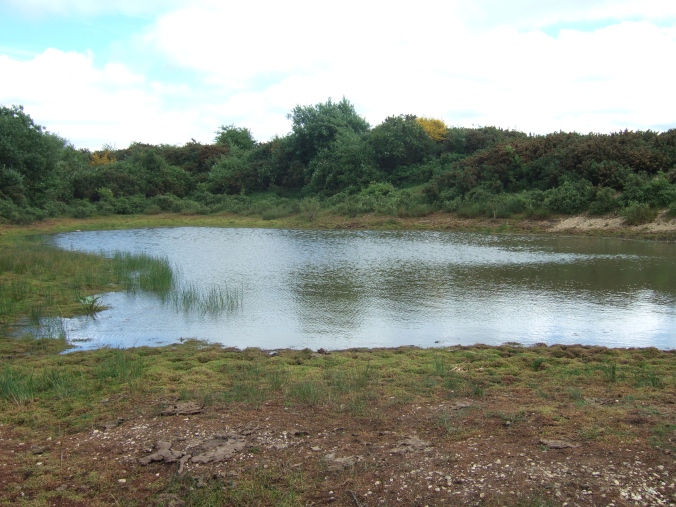 Matt and I needed to thrash this churned up pond during my work experience with him, and we found a wealth of interesting life hiding in the rising silt of the pond. Grazing animals such as cows and sheep often come into ponds like this to bath and drink, and as a result a lot of grit and animal faeces are stirred up and reveal some interesting life near the pond floor. We located two major habitats within the pond that we needed to thrash, one of which was the clear bank nearest to us, where we could see pond skaters and whirligigs Whirligig beetles are small predatory beetles that skim on the surface of water, and use a collection of air bubbles they carry around with them, in order to dive and catch small invertebrates. They get their peculiar name from the unmistakable circling pattern they make when moving on the surface of the water, which is reminiscent of the spinning tops that they are named after.

On the left and right sides of the pond, where there was more aquatic vegetation, we found smaller water beetles. The water was murky from the silt, making it hard to see anything below the surface, and Matt had to wade in quite deep to find any of the dragonfly or mayfly larvae, or to pick leeches off the surface of the sedge and pondweed. Thrashing this area was harder than the first, since we could not properly see where the weeds were below the surface, and they dragged into our nets. Despite this, we found a number of beetles we had not seen in any pond that day, and collected them to be dissected to identify their exact species. 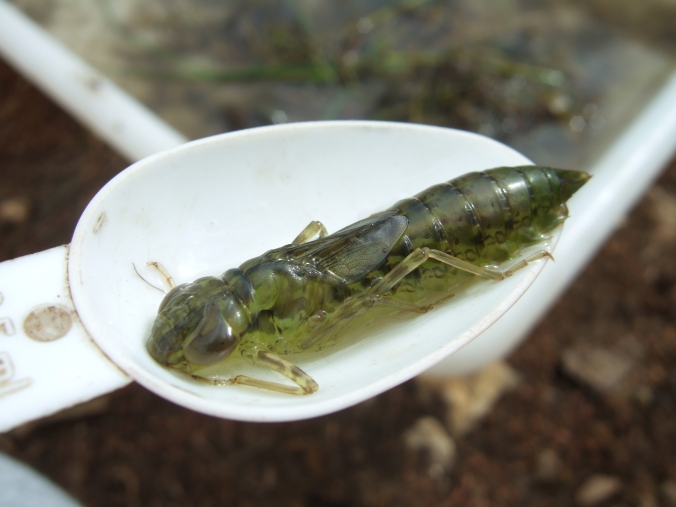 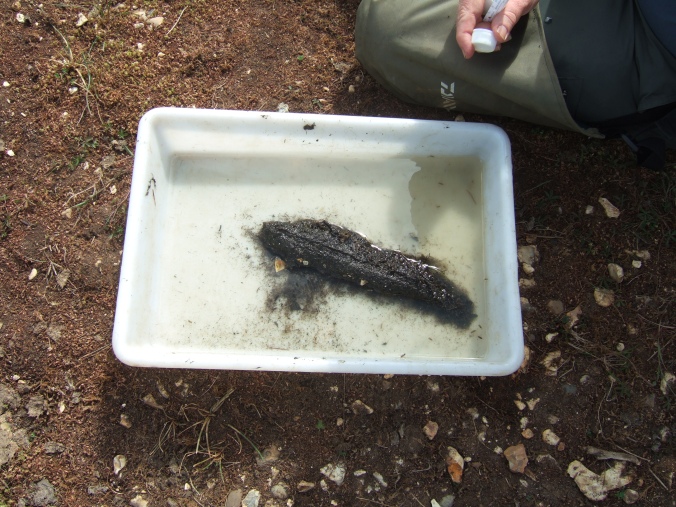 After thoroughly thrashing the pond for about an hour, Matt and I found water boatmen, water skaters, whirligigs, a nasal leech, emperor dragonfly larvae, mayfly larvae, caddisfly larvae cases, many small water beetles and bloodworms. The pond can be considered fairly productive, with a healthy foodweb, although it is likely that grazing animals wallowing in it has had a large effect on the ponds diversity.